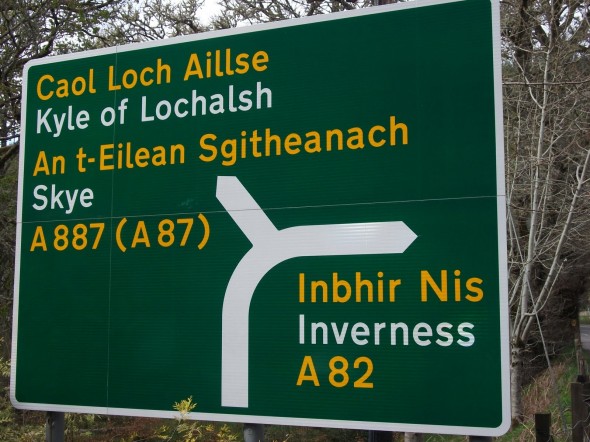 One of the great things about visiting foreign countries is learning a bit of the lingo beforehand in order to communicate with the locals. However, despite the fact English is spoken right around the globe, visitors to the British Isles may well notice signs written in an array of different languages – one of the most interesting being Scottish Gaelic.

Although not an officially recognised EU language, a recent census showed that 87,000 people in the country over the age of three had at least a grasp of Gaelic, and 57,000 were actually able to speak it.

Even tourists on a flying visit to Bonny Scotland will no doubt come across the language, what with it being plastered everywhere from shop fronts, to railway stations, to official street signs. There’s even ‘BBC Radio nan Gàidheal’ which broadcasts purely in Gaelic for anyone wanting to hear it spoken in its correct form.

Good luck, or, as they say in Scotland, “Gur math a thèid leibh!”