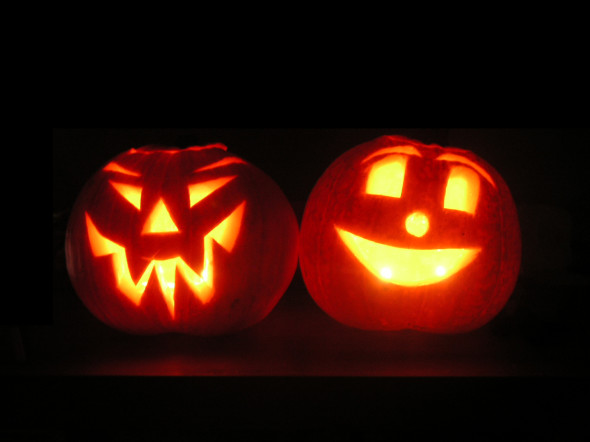 For many Americans, 31 October is the most important day in the calendar. For children and adults alike, Halloween is a time when society’s constricting norms don’t apply and you’re free to dress, eat and act as you please. Americans get to celebrate without being tethered down by the family obligations or religious solemnity that mark many other holidays. This modern interpretation of Halloween, though, is nothing like the Halloween of centuries ago.

American pop culture is chock-full of references to Halloween, but the day’s roots can be traced across the pond, back to the British Isles. The very name indicates the day’s ties to European and Christian traditions. The term Halloween is a shortened form of “hallowed evening,” or “holy evening.” The notion that the evening of 31 October is holy is hardly a coincidence–it’s the night before the Christian holiday of All Saints’ Day, which lands on 1 November. In Scotland, the preferred name centuries ago was All Hallows’ Day, so the evening before was naturally All Hallows’ Eve. Several Americans recognise this older label to the day.

The activities we associate with Halloween likely came from pagan traditions in Celtic lands, like Wales, Ireland, and Scotland. These cultures saw Halloween as the start of winter. Since the world was entering a darker period, spirits and fairies were more active at this time. The souls of dead ancestors were believed to return to their former homes too. To appease these spirits, food offerings were left outside. As far back as the 16th century, people engaged in the practice of guising. This included getting dressed in a costume and going from house to house asking for food. Other merrymakers hollowed out vegetables like turnips, carved faces onto them, and lit them with candles to ward off evil spirits. In England, these creations came to be known as jack-o’-lanterns.

To read more about Halloween and how Americans celebrate death, go to English Matters special edition Celebrations and Festivals available at kiosk.colorfulmedia.pl 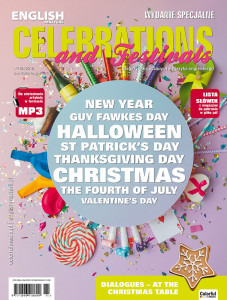