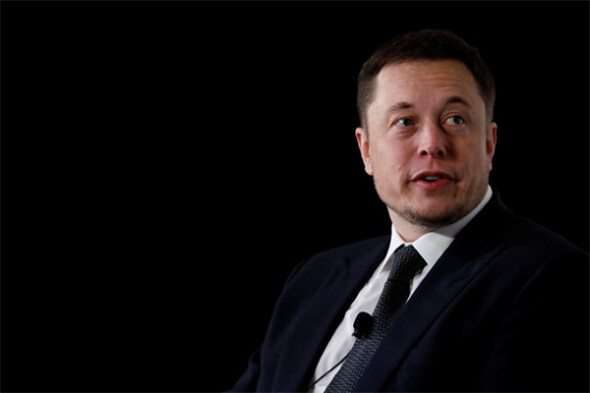 Since its early days, California, also called the Golden State, has always attracted people from all over the world in search of fame and fortune.
According to the ranking of the 400 wealthiest Americans prepared by the Forbes business magazine every year, about 25% of US billionaires call California their home, and many of them reside in the Los Angeles area.  Being open to immigration, along with the huge size of the state itself, and the sheer number of innovative companies, institutions and investors in tech hubs like Silicon Valley, provides an explanation as to why so many great fortunes have been built here. A unique combination of highly-skilled workers, world-class universities and financiers with deep pockets has enticed countless entrepreneurs to California from every corner of the globe. As a result, many successful start-ups, from Google in the 1990s to WhatsApp in the 2000s, have flourished. The billionaires at the top of the list are nearly as diverse as California itself and include innovative IT [Information Technology] entrepreneurs, as well as influential music moguls and doctors.

Mark Zuckerberg
At the age of 36, he is currently the richest California-based person, with a net worth of $89,6 billion. The main source of his wealth comes from Facebook, which he started at Harvard University in 2004 at the age of 19 as a website for students to match names with photos of classmates. He took Facebook public in May 2012 and still owns about 15% of the stock. In 2015, he and his wife Priscilla Chan pledged to give away 99% of their stock during their lifetimes. After facing a wave of criticism for allowing fake news on Facebook and having paid the largest fine in history – $5 billion – for violating consumers’ privacy, CEO [Chief Executive Officer] Mark Zuckerberg said his priority in 2019 would be dealing with social issues.

Elon Musk
He spends his week running two multi-billion dollar and three smaller companies, daydreaming about Mars, trying to find time to see his six sons, and perhaps even having a romantic dinner. He built his fortune as a co-founder of PayPal, but is now involved in projects ranging from space travel to the transportation industry. One of his companies, Tesla has been trying to bring luxury electric cars to the mass-market, but so far it has failed to make any profit.
SpaceX, another of Musk’s firms, is attempting to revolutionize transportation in space. Musk also owns SolarCity, a solar panel design and installation company that provides solar power systems to homeowners and businesses. One of Musk’s most innovative ideas is the Hyperloop, a high-speed transportation system that would make it possible to travel between Los Angeles and San Francisco in less than 30 minutes through a system of tubes. Musk’s net worth was estimated by Forbes to be $74 billion.

David Geffen
He is an ambitious and energetic business mogul who has built a vast music and movie empire by helping to launch the careers of some of the most iconic bands in the world,
including The Eagles, Aerosmith, Guns N’ Roses and Nirvana. This son of Jewish immigrants from the Soviet Union who settled in Brooklyn, New York, and a college
dropout became a millionaire by the age of 25. Geffen founded Geffen Records and Asylum Records and then started the DreamWorks SKG movie studios with Steven
Spielberg and Jeffrey Katzenberg. Geffen has now a net worth of $8.3 billion according to Forbes. In recognition of his influence and success in the industry, Geffen was
inducted into the Rock and Roll Hall of Fame in 2010. Work remains his main passion and he spends most of his days on the telephone, making deals and listening to
creative pitches.

If you are interested in more famous people living in California, reach out for English Matters special editon  – California – available at kiosk.colorfulmedia.pl 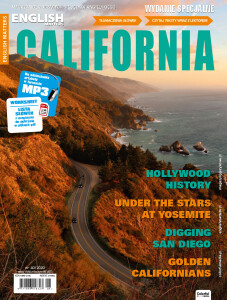